An interactive educational game for kids and their parents. Send your child on an adventure-filled journey of discovery through nature, its laws and the primary species of plants and animals. This charmingly illustrated world of flora and fauna will captivate you and your children alike as you explore the riches of the natural world together. Just like your favourite children’s books, you will want to return again and again.

Little Mouse's Encyclopedia (formerly Aniscience) is brought to you by a small enthusiastic team who are devoted to bringing quality digital content to kids. Designed by illustrator Tereza Vostradovská and programmed by Michal Berlinger - collaborators since 2014.

Parallels with Under Leaves

Tereza’s original intention was to create a ‘nice schoolbook’. She was at the time studying at the Academy of Arts, Architecture and Design in Prague and was a little disappointed with the visual quality of Czech science books for schools. So she decided to create her own.

But, since she was studying animation, it wasn’t an option to create a book for her thesis project. That’s when she came up with the idea of a digital version. For her thesis submission, our team released the first chapter of Little Mouse's Encyclopedia as a demo version in summer 2014. Since then, we have been working on new updates, additional languages, content and just some general polishing of the app.

After releasing the free demo version, Tereza was overjoyed to receive offers to make a printed book. Knowing how long development of the full game might take, she first focused on the book, and the Czech version of the printed edition was published in October 2016. The launch was a huge success - the initial print run sold so quickly that a second run was needed before Chrismas! And the book was nominated for several prestigious Czech book awards, winning several of them. Tereza is now discussing publishing options in other countries and she already published the book in Hungary (2018), France (2018) and Germany (2019).

We made quite a mistake when releasing first free chapter and making the second one available through in-app purchase. This way families can't share the content, schools can't buy it with a volume discount, and it is quite hard to communicate it. This all led to the decision we will no longer support the original app, and we will pull it off from stores. And now we are releasing a brand new premium version, the definitive edition, containing all the content and many language localizations. We are also finally releasing the app for desktop on Steam and Windows Store. 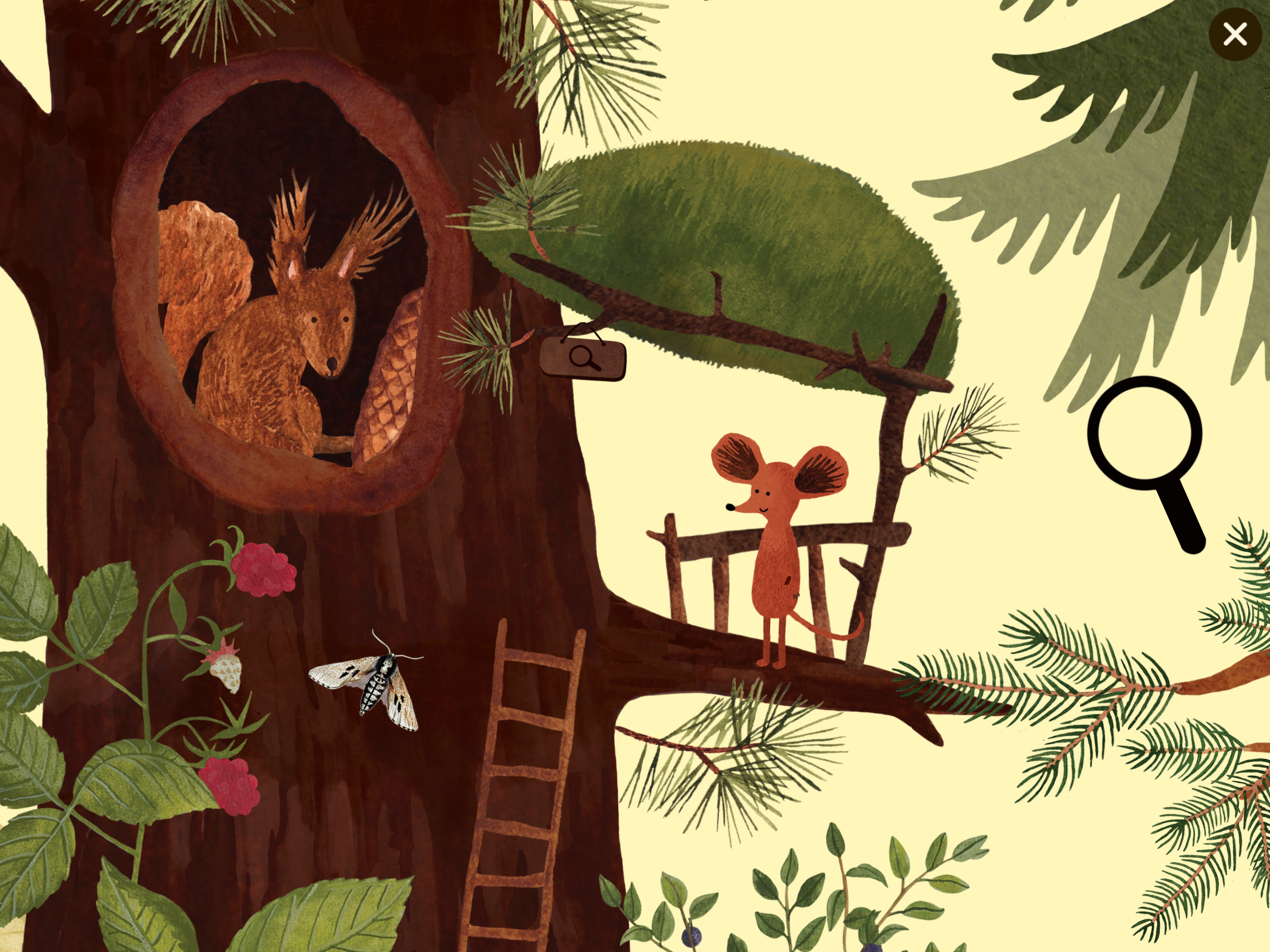 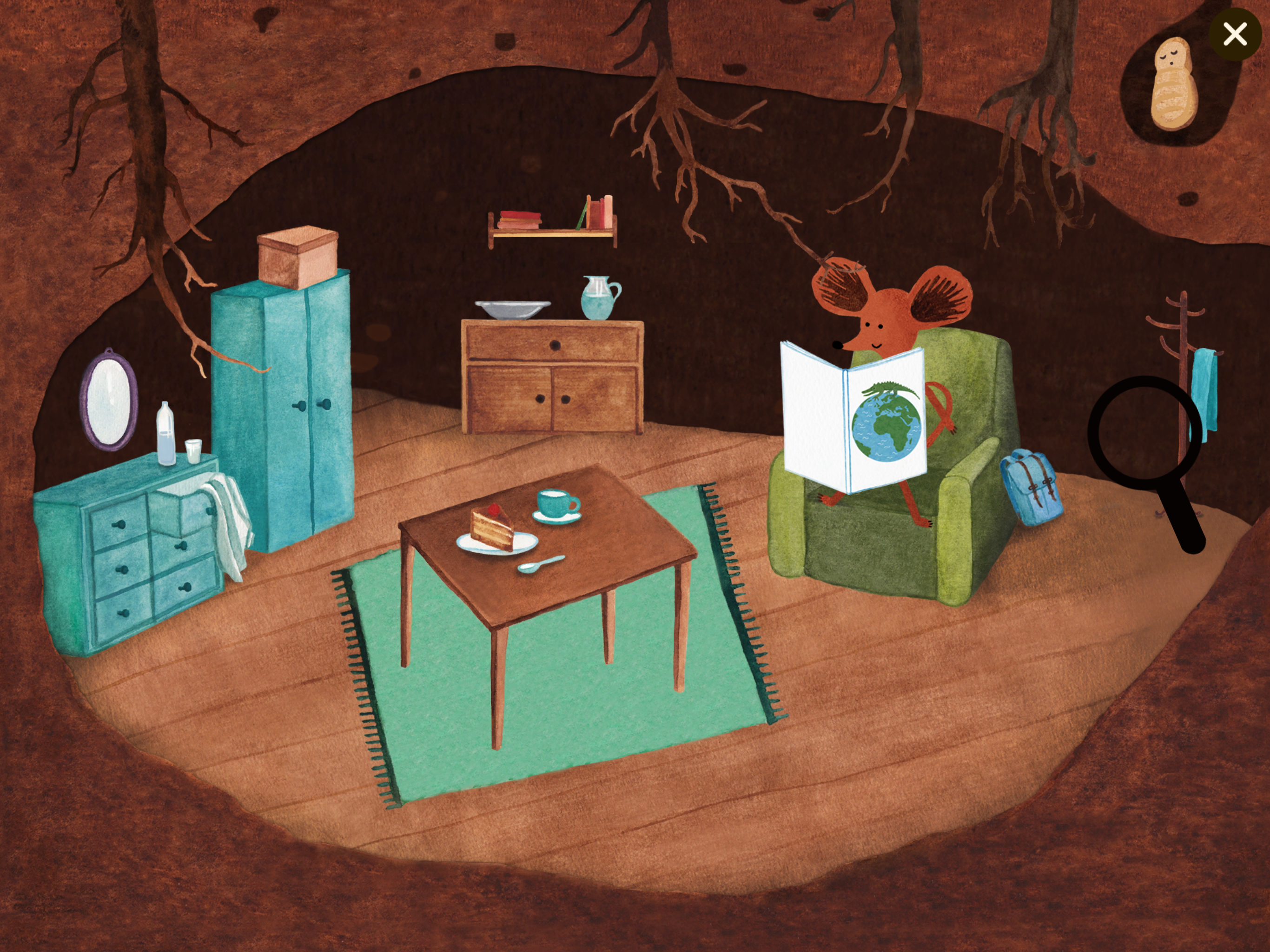 
Circus Atos is a small independent game team based in Prague. We are passionate about creating genuine and imaginative experiences.

Under Leaves - A color-filled hidden object game from the world of animals. Lovingly crafted watercolor illustrations with relaxing audio and gameplay.

Little Mouse's Encyclopedia (formerly Aniscience or Hravouka) - Our biggest project yet. An interactive educational game for kids. Open up a world of adventure to your child through nature's laws, her plants and animals.

presskit() by Rami Ismail (Vlambeer) - also thanks to these fine folks